Yalla Ludo is a game from Aviva Sun that brings the classic board game, Ludo—also known as Parchis—to your mobile phones. This game perfectly adapted the gameplay of the physical version with a few additions to make your experience more fun, like being able to play the classic domino game. Not only does it allow you to play with a real opponent, but it also lets you talk to them as you play with its built-in chat feature.

The gameplay is nearly the same as the physical board game, starting with a ludo board with four colors. Each player will be assigned a color and will have four tokens. The goal of the game is to move these four tokens out of your base and into the center of the board with the same color. To bring a piece from its yard to the squares, you must roll a six. You can then take a token from your base unless it’s empty or you chose to move a piece six times.

If a player has no tokens yet in play and has not rolled a six, the turn passes to the next player. As with any board game that uses dice, players must always move according to the value of the die rolled. More than luck, ludo is all about strategy. Players need to strategically move their pieces to prevent the other players from reaching the goal first. However, unlike the original game, you cannot block players in this version.

There are two game modes that you can play in Yalla Ludo: one-on-one and four-player mode. Each mode has four gameplays. You can either play the classic, master, quick, or magic. Each game earns you coins, gems, and other rewards that you can use to unlock new tokens and dice. More, you can use these coins to re-spin your dice to roll a better number. You can also get coins and gems in the game’s daily rewards.

How do you play with other players? 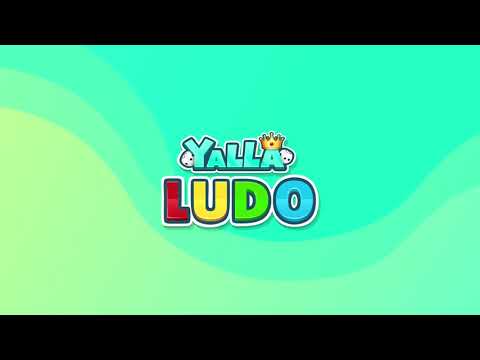 In Yalla Ludo, players can play with their friends either online or offline. Players can set up private and local rooms where they can play in real-time. You can even connect with your friends on Facebook and send them invites. To start playing with friends, you only need to click the social tab on your game app and start sending invitations.

If you want to meet new friends and play against players from across the globe, the app has a public group chat that connects you with more gamers. You can exchange ideas in this chatroom and meet new friends to invite to your next game. This feature supports both text and voice chat. However, since it caters to a lot of users, the thread can be a little slow.

Fun game but has lots of issues

With Yalla Ludo, gamers can play the game without needing an actual board and to look for players. They can easily go online, join a room, and start playing. It has the same mechanics, so you don’t have to adjust much when it comes to the gameplay. However, there are a lot of issues regarding the matches that players are having a hard time winning. Overall, it is a good game app but needs improvement.

Ludo can be played as a one-to-one or as a group of four players. (Yalla Ludo) The Ludo play area consists of 4 colored regions. Each region belongs to a specific player, each player has a pawn in the play area. The ultimate goal is to reach the center of the play area before other players. The game has rules that allow a player to improve their chances of finishing the game before the others and rules that allow them to hinder other players’ progress, these rules are:

Yalla Ludo allows for three different gameplay modes for Ludo, which are:

Which is the same as the original board game in which players compete against each other to reach the center of the play area.
Master

It has the same rules as the Classic mode except that you can’t win until you remove at least one of your opponents’ pawns to the starting position.
Fast

In this mode, you start with one of your pawns outside the base and it is possible to win if only one pawn reaches the end.(Yalla Ludo)

Domino does not require a special board or a play area, it is played using the game pieces only. Every piece of the Domino contains two numbers from 0 to 6 represented by black dots, the game rules are very simple, here is a summary of the rules: Each player starts the game with 7 pieces, and in each round, he/she can place one piece only.